A Call for Kelp by Bree Baker 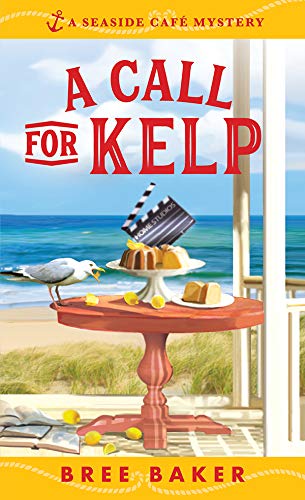 Good Day!  Cheryl Hollon has a new cozy mystery series titled A Paint & Shine Mystery series which begins with Still Knife Painting on June 30.  Daryl Wood Gerber has A Fairy Garden Mystery series beginning June 30 with A Sprinkling of Murder.  Death on Windmill Way by Carrie Doyle is the debut of A Hamptons Murder Mystery series.  Jane Darrowfield, Professional Busybody by Barbara Ross (out on June 30) starts off another delightful new cozy mystery series that has Jane has the discreet fix-it lady in Cambridge, Massachusetts.  I am eager to reach each of these new cozy mysteries.
A Call for Kelp by Bree Baker has Everly Swan looking forward to spending time with Mitzi Calgon, an actress well-known for her pirate films, that evening so she can learn more about her grandmother.  Mitzi, despite her bee allergy, is supporting the documentary called Bee the Change that will feature Everly’s aunts and bring attention to the plight of the American honeybee.  Everly along with Aunt Clara and Aunt Fran greet Mitzi who has arrived for the luncheon that is the kick-off of the filming.  When it is time for  Mitzi’s entrance, they find her dead inside the plexiglass educational hive.  When the father of Everly’s best friend ends up on the suspect list, Everly begins buzzing around town searching for clues.  The killer is not happy with Everly’s sleuthing and sends her some bee-ware texts.  Will Everly identify the killer or will become the next victim?
A Call for Kelp by Bree Baker is the 4th A Seaside Café Mystery.  It can be read on its own if you are new to the series. Personally, I would read the series in order so she can follow the characters from the beginning.  I thought A Call for Kelp was well-written with friendly characters in a cozy seaside town.  The story moved along steadily thanks to all the action in the story.  Everly lives in Charm, North Carolina where she owns the iced tea café called Sun, Sand and Tea (in a Victorian on the beach).  Her great-aunts, Clara and Fran live in the family home where Everly was raised.  There are some delightful characters in this series.  They are the highlight of this character driven series.  Everly is upset when Mitzi is killed before she can talk to her about her grandmother.  She was looking forward to learning more about her grandmother and maybe the identity of her mysterious grandfather.  The mystery starts off with a bang when Mitzi is found dead inside a plexiglass educational hive. There are several promising suspects, a variety of clues and misdirection.  Detective Grady Hays does not want Everly investigating, but we know her curiosity will win out.  Everly gets several scary threats.  They frighten her, but it does not stop her from sleuthing.  All the details of the whodunit are wrapped up at the end.  There is a side story involving Detective Grady Hays and the case he has been working on for his mother-in-law, Senator Olivia Denver.  I like the humor sprinkled throughout the story as well as the hint of magic.  There are recipes at the end of the book for items served at Sun, Sand and Tea (the Swan Family Rum Cake is one of them).  A Call for Kelp is an enchanting cozy mystery with buzzing bees, threatening texts, sharp stings, documentary drama, and tasty teas.
A Call for Kelp is available from Amazon*.  The other novels in A Seaside Cafe Mystery are Live and Let Chai, No Good Tea Goes Unpunished, and Tide and Punishment.  Closely Harbored Secrets is the 5th A Seaside Cafe Mystery and it will be out on December 29.  Thank you for visiting today and reading my review.  Lizzie's Heart by Susan Lantz Simpson is on deck for tomorrow.  It is the latest novel in The Amish of Southern Maryland series.  I hope that you have a charming day.  Take care and Happy Reading! 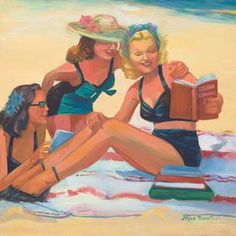