Her Amish Suitor's Secret by Carrie Lighte: Excerpt and Review 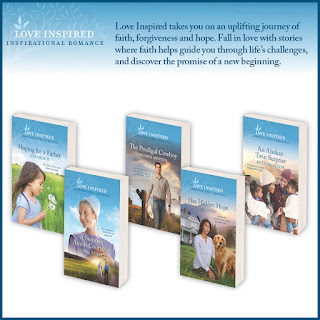 Welcome!  A Week at the Shore by Barbara Delinsky, Midnight Abduction by Nichole Severn, and Her Amish Suitor's Secret by Carrie Lighte are out today.  Which one of these new titles appeals to you?
About the Book 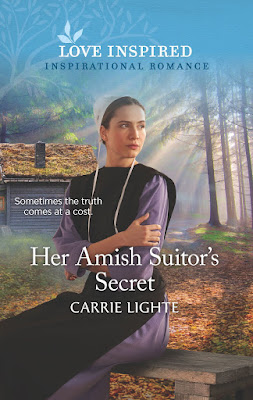 HER AMISH SUITOR’S SECRET by Carrie Lighte (on-sale May 19, 2020): Sometimes the truth comes at a cost. Can she forgive him when she learns his true identity? Posing as an Amish groundskeeper at Rose Allgyer’s lakeside cabin retreat, Englischer Caleb Miller is determined to clear his brother’s name of theft. But as he’s drawn to Rose’s good nature, the burden of his ruse gets heavier—especially after learning Rose was deceived by her ex-fiancé. Still guarded, will Rose trust Caleb with her heart when she discovers he isn’t who he claims to be?

About the Author
Carrie Lighte enjoys traveling to Amish communities across the United States and she hopes to visit a few in Canada soon, too. When she isn't writing, reading or researching, she likes to hike, kayak and spend time at the beach.  You can learn more about Carrie and her books by visiting her website.  You can also find Carrie Lighte on Twitter, Facebook, and Goodreads.


Her Amish Suitor’s Secret by Carrie Lighte has Caleb Miller, an Englischer, taking a job as groundskeeper for the summer at an Amish lakeside camp in Serenity Ridge, Maine.  His brother, Ryan has been accused of stealing rare coins from the museum where he worked as an archivist.  A flyer sent in the mail to Ryan anonymously pointed them towards the camp.  The FBI had not been able to find any evidence, but the camp is surrounded by acres of woodland.  Rose Allgyer is running the camp for the summer and, after a recent incident with her former fiancé, she is leery of men.  As time passes, Rose and Caleb get to know each other and develop feelings.  But Caleb’s deceit stands in their way.  Her Amish Suitor’s Secret is the third novel in Amish of Serenity Ridge.  It can be read on its own for those new to the series (like me).  I thought Her Amish Suitor’s Secret was well-written with interesting characters.  I liked Rose and Caleb. It was fun watching them get to know each other after a bumpy beginning.  There is humor sprinkled throughout out the book.   The mystery of the coin was more of a side story than the primary focus.  I like how the book ended.  I now want to read the other two novels in Amish of Serenity Ridge series.  Her Amish Suitor’s Secret is a sweet, relaxing tale which is the type of book you want at the end of the long, stressful day. 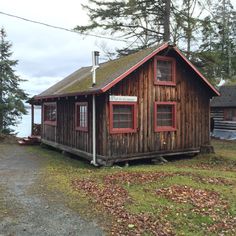 Isn’t it quiet where you live in Wisconsin?”

“It’s not this quiet. This peaceful. There’s something about being here, where sometimes the loudest sound I hear is water lapping the shore… It makes me feel so calm. I feel like that when I’m working in the fields, too. Probably because when I was young I used to es-cape to the garden when—”

Rose stopped paddling, eager to hear the rest of his sentence. He hardly ever talked about his youth. “When what?” she pressed, looking over her shoulder to get a glimpse of his face.

Over the past couple of weeks while chatting with Rose, Caleb had occasionally forgotten to guard his Englisch identity, but until now, he’d always guarded his emotions, especially those concerning his upbringing. He hadn’t meant to disclose his feelings tonight—he hadn’t even intended to spend any time alone with Rose. But opening up to her seemed to happen naturally, in spite of yesterday’s resolution to put distance between himself and the Amish of Serenity Ridge. So he continued, “My mamm and daed bickered a lot and it helped to go outdoors to get away from them. When I was gardening, I forgot about their troubles. Tending to Gott’s creation made me feel… Well, it made me feel tranquil.” Kind of like how I feel right now.

Caleb had also stopped paddling and mild waves gently rocked the canoe. In the moonlight, he could see Rose’s eyebrows were furrowed and she appeared to be contemplating what he’d just said. After a quiet spell, she questioned, “Does gardening still bring you a sense of tranquility?”

“Jah, it does.” Caleb’s mouth went dry as he anticipated her next question: she was going to ask why he’d become a teacher instead of a farmer, and he couldn’t drum up a credible reply. Instead, she gave him a fetching smile and, before twisting forward in her seat again, she added, “I’m glad. For our sake, as well as for yours.” 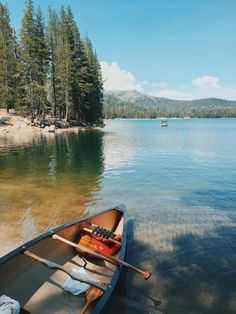 Caleb let his breath out slowly. He dipped his paddle into the water and Rose did, too. As they journeyed he thought about how amazing it felt to confide in her. Maybe he wasn’t being honest about the facts of his life, but tonight he’d been honest about his emotions. And even though Rose’s back was to him as she sat in the bow, there was something so…not necessarily romantic, but so personal about being with her that he’d never felt with his friends or any of the women he’d ever dated. Rose seems to enjoy spending time with me, too, Caleb rationalized. So what’s the harm in continuing to develop friendships here as long as no one finds out I’m Englisch?

When they pulled onto the shore near the trailhead by Paradise Point, Caleb hopped out and dragged the canoe several feet up the embankment so Rose wouldn’t get her shoes wet, and then they headed for the forested path. It was much darker beneath the trees than on the open water, so Rose shone the flashlight on the ground in front of her. Caleb initially tried to follow in her foot-steps but after tripping twice, he decided to accompany her side by side on the narrow path in order to get the benefit of the light. 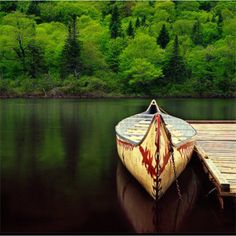 “I think we should talk so we don’t startle any animals,” Rose announced loudly. “Or we should sing.”  “My singing would frighten the animals,” Caleb jested.

“In that case, you should have serenaded the skunks on the porch—maybe they would have left.”  “Or they would have sprayed me,” Caleb said. “This probably isn’t the right time to ask, but are there many other kinds of animals in these woods?” 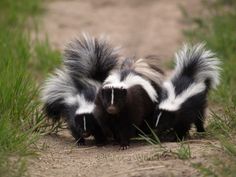 “Serenity Ridge has a family of moose that sometimes make their presence known. The other night when I was coming back from the dining hall, I thought I heard one in the bushes behind me, but then it went quiet.”

Caleb’s ears perked up. “What night was that?”

“I think it was last Monday or Tuesday, but don’t worry, it turned out to be a deer—I saw its tracks on the path. That’s the thing about animals and buwe—they always leave tracks. When my breider were young, my mamm always knew when they’d been exploring down by the swamp instead of doing their chores because of what her kitchen floor looked like. You’d think it would occur to them to take off their shoes before they came inside, but it never did,” Rose said, giggling. 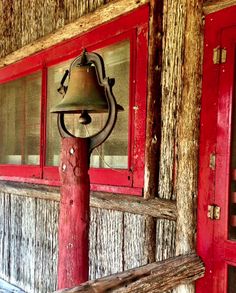 For the rest of their hike Caleb asked questions about her siblings and their families, and he told her a couple anecdotes about Ryan, too. Finally the trees thinned out and Rose announced they were nearing the summit. Caleb was about to remark he wished they’d brought re-freshments when he heard a noise in the distance, almost a metallic sound, or like something scraping against a rock. He came to a halt and tugged Rose’s arm to make her stop, too. With his chin nearly resting on her shoul-der, he whispered into her ear, “What was that?”

“I didn’t hear anything,” she whispered back, and flashed the light into the woods on one side of the path and then the other. Caleb didn’t see anything unusual. He didn’t hear anything unusual, either, other than the thundering of his pulse, which was probably more from standing so close to Rose than from being alarmed. Half a minute passed and nothing stirred in the woods.

He must have imagined it, Caleb thought, merely two seconds before an earsplitting shot reverberated through the night air.
Are you ready to read Her Amish Suitor's Secret?  Her Amish Suitor's Secret is available from Amazon*, Barnes & Noble, Google, Indiebound, and Harlequin.  The other two novels in Amish of Serenity Ridge series are Courting the Amish Nanny and The Amish Nurse's Suitor.  You can sign up for the Love Inspired newsletter (and receive a free ebook) by clicking here.   Thank you for stopping by today.  Tomorrow I am featuring To Kill a Mocking Girl by Harper Kincaid.  It is the debut A Bookbinding Mystery series.  I hope you have a lazy day (we all need one of those now and then).  Take care, stay safe and Happy Reading! 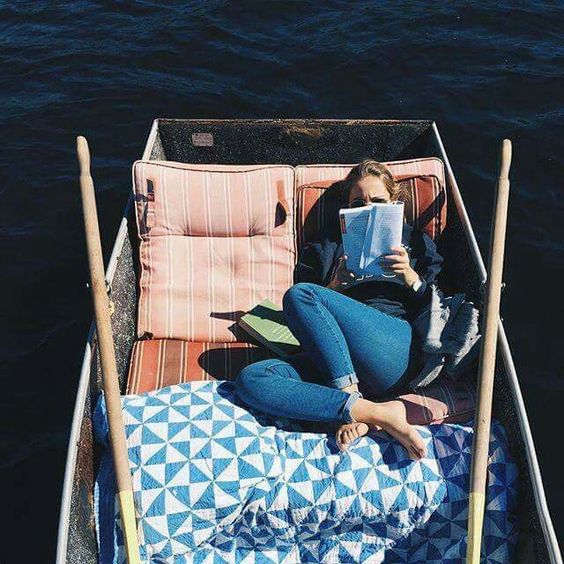