The Spice King by Elizabeth Camden 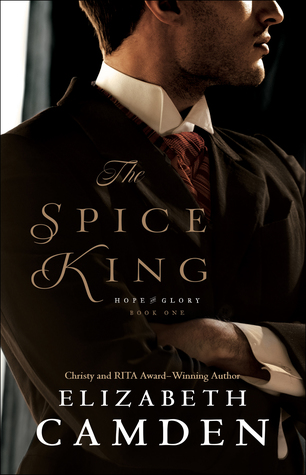 Happy Mother's  Day!  I hope you are having a relaxing Sunday and doing something special for the mother in your life.  On Sunday's, I feature a book that I was unable to when it was released.  This week it is The Spice King by Elizabeth Camden which is the debut novel of the Hope and Glory series.  Elizabeth Camden is best known for her historical novels set in the gilded age with clever heroines and richly layered storylines.  Elizabeth is an academic librarian on weekdays and she writes on the weekends.  Elizabeth lives with her husband near Orlando, Florida.  Visit her website to learn more about Elizabeth and her books plus sign up for her newsletter.

The Spice King by Elizabeth Camden takes us back to 1900 in Washington, D.C.  Annabelle Larkin has obtained a temporary position in the Botanical Department at the Smithsonian Institution.  Annabelle wants a permanent position and in order to get it she must obtain access to Gray Delacroix’s one-of-a-kind plant collection.  Gray Delacroix is the head of Delacroix Global Spice.  Since his father’s death six months ago, Gray has quit traveling and settled down in the family’s Alexandria home.  He does not trust the Smithsonian or the government for that matter (not a fan of President McKinley either).  But he does admire Annabelle’s persistence and finally agrees to show her around his greenhouses.  Gray finds himself captivated by Annabelle and begins spending more time with her.  Annabelle enjoys her time with Gray and imagines a future with him.  But then she is forced to make a choice between love and her country.
The Spice King by Elizabeth Camden is the first novel in the Hope and Glory series.  This story is set in 1900 in Washington, D.C. where Annabelle Larkin has begun working at the Smithsonian Institution.  She came to Washington with her blind sister, Elaine.  Being in Washington allows Elaine to attend the Library of Congress’s educational program for the blind and access to the Braille books available there.  If Annabelle cannot get a fulltime job, they must return to the family farm in Kansas.  Gray Delacroix is a complicated man.  He runs a large spice company, has two lighthearted younger siblings, has a strong work ethic, and has traveled the world.  I thought The Spice King was well-written with developed characters.  Ms. Camden captured the time period and I can tell she did her research for this book.  It was interesting learning about spices, extracts, and food safety.  We learn how the extracts, spices and other food items are processed and diluted.  It was appalling what was in some of the products.  I am amazed at what businesses did to products to make a buck.  I had no idea how much work went into making vanilla (it is complicated and fascinating).  Imagine how bland foods were before the introduction of spices.  Good Housekeeping magazine and how their seal of approval came about is included.  There is romance in The Spice King, but it is not the main story.  There is politics, unsafe foods, intrigue, rebellion and botany.  The author wove all the storylines together into one engaging book.  I also liked learning about the Library of Congress and the program they had for the blind.  The Spice King is a captivating historical novel.
The Spice King is available from Amazon* along with other major booksellers.  A Gilded Lady (the second novel in the Hope and  Glory series) releases June 2 and it features Caroline Delacroix, Gray's younger sister who in the White House as the social secretary for Mrs. McKinley.  Thank you for joining me today.  Tomorrow I am featuring the Killing Mind by Angela Marsons.  It is the 12th book in DI Kim Stone Crime Thriller series. I hope that you have a positive day.  Take care, stay safe and Happy Reading! 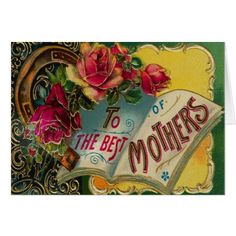