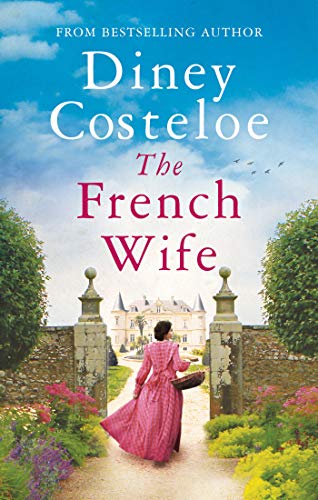 As the St Clair family prepare for the grand wedding of their daughter, Clarice, trouble is brewing. An old friendship, a new love and a dangerous secret threaten to destroy the life the St Clairs have built.
Their younger daughter, Hélène, became friends with orphaned Annette during the terrible events of the 1871 siege of Paris. Now they are reunited, with Annette working below stairs for Hélène's parents. But she is hiding a dangerous secret, which Hélène has promised to keep at all costs.
Meanwhile, Hélène has begun to fall in love with a young nobleman from England, whose family has plans which do not include their son choosing a French wife. 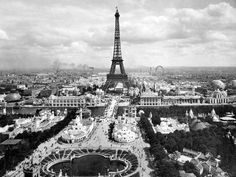 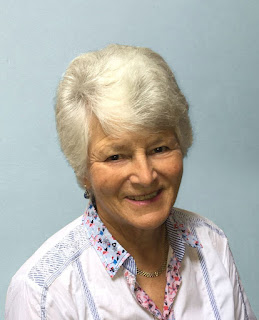 Diney Costeloe is the author of twenty-three novels including The Throwaway Children, The Runaway Family, The Girl With No Name, The Sisters of St. Croix, The Lost Soldier, The Married Girls, Children of the Siege, and Her Missing Husband.  She has also written short stories, articles and poems.  Diney has three children and seven grandchildren.  As you can see, when she isn't writing, Diney is busy with her family.  She and her husband divide their time between Somerset and West Cork. 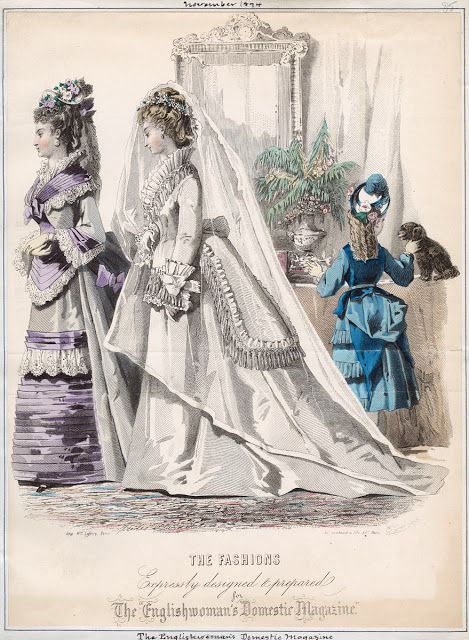 
The French Wife by Diney Costeloe has Madame Agathe Sauze and Annette relocating in 1876 to Belair, the St. Clair country home.  Annette finds herself pregnant courtesy of a violent priest.  Agathe and Annette helped Helene St. Clair when she was eleven during the Communard siege.  Agathe got Rosalie St. Clair to give them positions and respectability for Annette.  Clarice St. Clair is marrying Lucas Barrineau with an elaborate ceremony, reception and ball.  Lucas invited Rupert Chalfont, the youngest son of a titled gentleman, who happens to need to leave England for a time.  Rupert is immediately taken with Helene and sets out to woo her along with her family.  When Rupert must return to England, he promises to return for Helene in the spring.  People and circumstances are not in their favor. 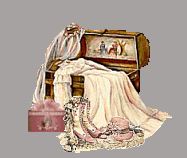 The French Wife is a dramatic historical novel.  It is the sequel to Children of the Siege, but it can be read on its own.  I thought The French Wife was well-written and it moved along at a gentle pace.  The characters are complex and suit the time period.  The villains were well-crafted and easy for a reader to dislike (they deserve it).  Annette and Agathe are working class women or servants.  Their clothing and behavior suited this era.  The other characters like Helene were from a higher-class bracket which was reflected in their language, clothing and attitude.  The authors word imagery helps to bring the story alive for readers.  I did feel the book was a little long and the pacing could have been livelier.   I also would have liked something unexpected to happen in the story instead of playing out in an expected manner.  I do want readers to know that there is violence against women in the story that is graphic and difficult to read.  I could tell the author did her research for this book.  I like a story that has people you will cheer for and villains you boo.  I liked that some of the good characters from Children of the Siege were in this story and were available at pivotal points.   The French Wife is a dramatic saga with a Casanova charmer, sordid secrets, a pathetic priest, a wooed woman, a kindhearted coachman, and a vile villain.

There was a silence about the house. The curtains were drawn across the windows and the old priest lay in bed in his room attended by his housekeeper, Madame Agathe Sauze, sitting at his bedside, keeping him company in his dying hours. Father Thomas, the curate who also lived in the St Jacques Clergy House, had administered the last rites earlier in the day and now it was simply a matter of time before the old priest slipped away to meet his maker.

Agathe had been Father Lenoir’s housekeeper for nearly thirty years, and over that time their mutual regard had grown into a comfortable friendship. Well aware of her common sense and respecting her judgement, the priest occasionally asked her opinion on parish matters. Agathe always considered her answers carefully, and always spoke to him with the formality due to his cloth. In public Father Lenoir her treated with the same respect, but in private he had used her Christian name and there was a genuine affection between them.

Now he was dying, and as she kept watch at his bedside, she considered her life without him. Father Thomas had been dismayed that Father Lenoir should confide parish affairs to his housekeeper and had long ago decided that when he had his own parish, there would be no such impropriety. Discussion of such business with a mere layperson – and a woman into the bargain – would never happen when he was in charge. He had been shocked that the old priest had allowed her to sit with him in his last hours, but when he, Father Thomas, had tried to dismiss her from the bedroom, the old man had opened his eyes and murmured, ‘Leave us alone! She can stay. She’s my friend.’

His friend indeed! She was his housekeeper, a paid employee! What right had she to be the one to see him into eternity? Father Thomas, now clearly excluded, withdrew from the room, every line of his body rigid with indignation. 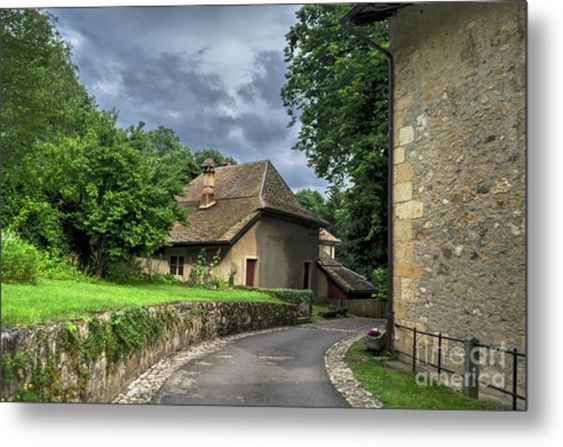 Father Thomas will be an exacting man to work for, Agathe thought as she sat at the bedside and listened to the old man’s ragged breathing. Perhaps it was time to leave the Clergy House, but, after so many years, where would she go? She had no home of her own, her only family an estranged sister, and very few friends.

Maybe, she thought suddenly, the bishop will send another priest to take over the church of St Jacques. After all, Father Thomas is still young; perhaps he’ll be considered too inexperienced to take on the responsibility of such a large parish. 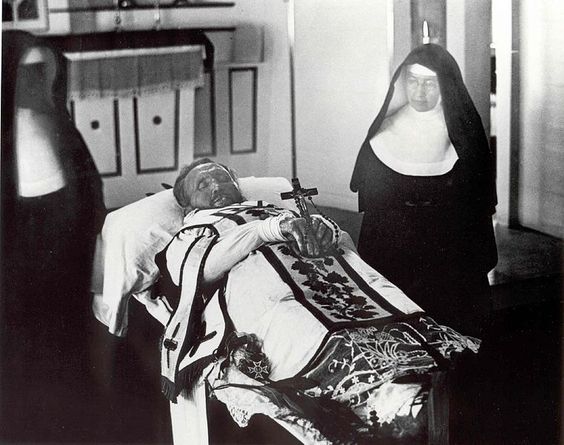 The thought raised her spirits a little. She closed her eyes for a moment or two, but jerked awake as there was a slight movement in the bed. She realised that Father Lenoir’s eyes were open again, gazing unseeing into the air. Then his face relaxed in a smile and the rasp of his breath was silent.

Agathe leaned forward and gently closed his eyes. She tried to pray for his departing soul, but somehow the words would not come and she simply sat in the silence of the empty room.

Are you ready to read The French Wife?  The French Wife is available in digital format from from Amazon, Google Play, and Kobo. It is also available in audiobook from Amazon. The hardback version of The French Wife will be available October 1 (delayed due to Covid-19) from Amazon.  It will be available on August 6 from Waterstone's and Hive (for those living in the UK). Now for the fun part!  Would you like to win a digital copy of The French Wife? What is your favorite book?  Leave me a comment with your answer and your email address (so I can contact you if you win).  It is that simple!  The contest ends on May 20 at 11:59 p.m. EST.  Good Luck!  Thank you for joining me today.  Tomorrow I will return to feature Unyielding Hope by Janette Oke and Laurel Oke Logan.  It is the debut of When Hope Calls series.  I hope you have a jolly day.  Take care, stay safe, and Happy Reading! 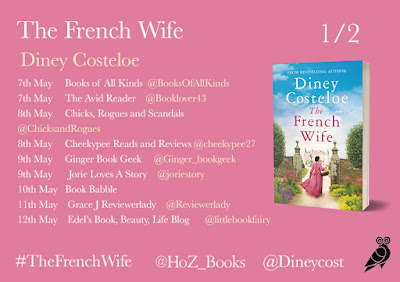 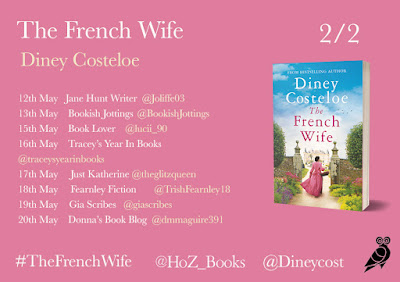 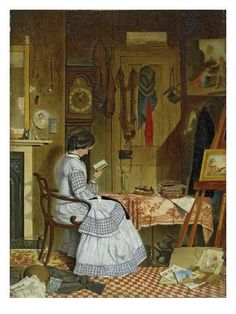